In view of Truelle`s curriculum vitae and specific scientifically accompanied area of ​​responsibility in the European Neurorehabilitation it could only be a question of time when we would meet to critically discuss about neurorehabilitation “today”.So, In 1995 – in the year our EMN was founded as an European alternative to German DGNKN – we met for the first time at the symposium “on advances in the neuropsychological rehabilitation of TBI patients”, organized by the relevant working group of the DGNKN, by invitation of its chairman P. Frommelt* at Clinic Bavaria, Schaufling, DE.(* Frommelt P.,Grötzbach H,eds Neurorehabilitation, Blackwell 1999). Prof.Truelle was presenting his EBIS-TBI outcome evaluation sheet, Prof. Donald G. Stein, USA, referred on brain injury theories of recovery and beneficial effect of Progestron, while I discussed my central wake-up and recovery effects of certain neuropharmaceutics in early neurosurgical rehabilitation. Against this background, I took the unique opportunity to invite Prof. Truelle as a speaker to our 1st EMN Congress in Salzburg,1996. It was the beginning of a success story in science and neurorehabilitation for the benefit of TBI patients and their reintegration into family, work, and society worldwide: e.g. The QOLIBRI Assessment tool (1999- 2000), his presidency at the 5th EMN in Paris,(2 Foto Versaille im Schlosspark, Verailles QOLIBRI) when, in conjunction, he was President of the Paris International Congress “Traumatic Brain Injury”, with International Brain Injury Associatio, European Brain Injury Society (EBIS), French Society of Rehabilitation, and France Traumatisme Crânien; 2002 Chairman of the QOLIBRI Task Force on TBI quality of life – Lit: Truelle, JL, Koskinen, S, Hawzhome G.et al: 2010 Quality of life after TBI; the clinical use of the QOLIBRI, a novel disease-specific instrument. Brain Injury 24:1272-91; Truelle J. L., von Wild K.R.H.:2017 Advancement of the QOLIBRI use and applications. Neuropsychiatry 07, 03 – DOI10.4172/ Neuropsychiatry.1000203- 2003. 2008 and 2009 Jean- Luc Truelle joined me in our WFNR- WFNS Far-East teaching flying faculty, respectively in the QOLIBRI Harmonization courses – together with Prof. Nicole von Steinbüchel and Prof. Volker Hömberg. He was Vice-President of EMN, EBIS and France Traumatisme Crânien; 2011Teacher and responsible for mediation in health (Catholic University, Paris); 2014-16 Founder of university degrees on TBI and on mediation in La Réunion Island; 2018-20: Training Coordination of National Mediators in public health institutions. For all these challenges he finds strength, perseverance, and new ideas in his leisure hobbies: running (13 marathons)and skiing, literature, and opera. – No wonder that after 25 years of individually and jointly achieved progress and experienced joys, our very special Franco-German friendship – including our families – is so valuable to me. 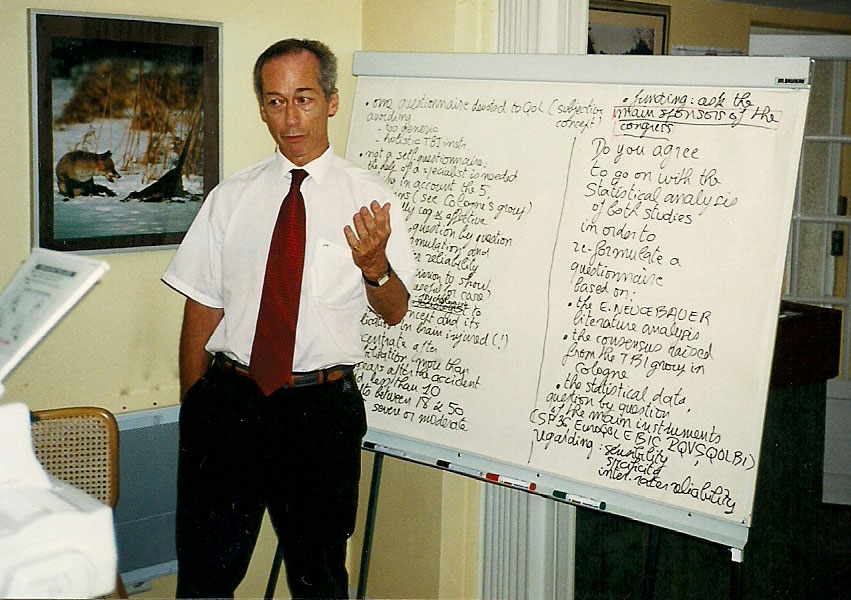 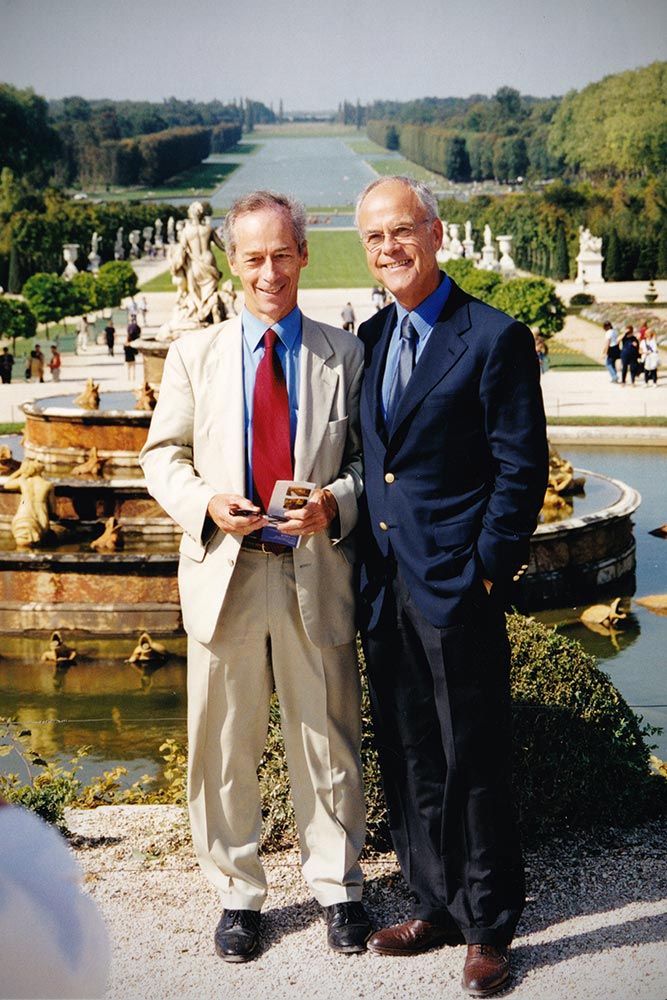 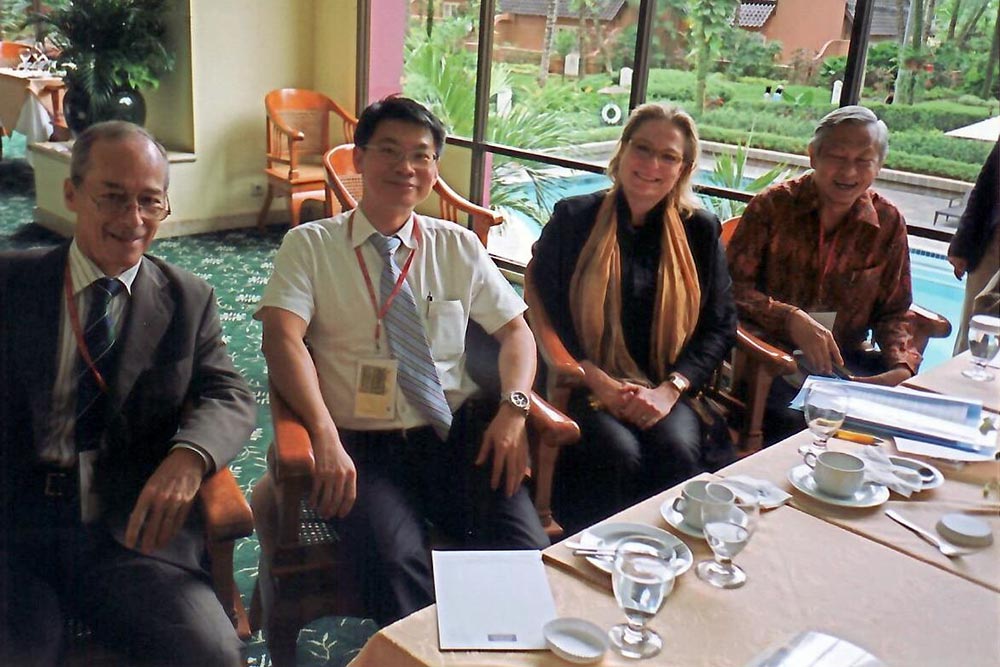 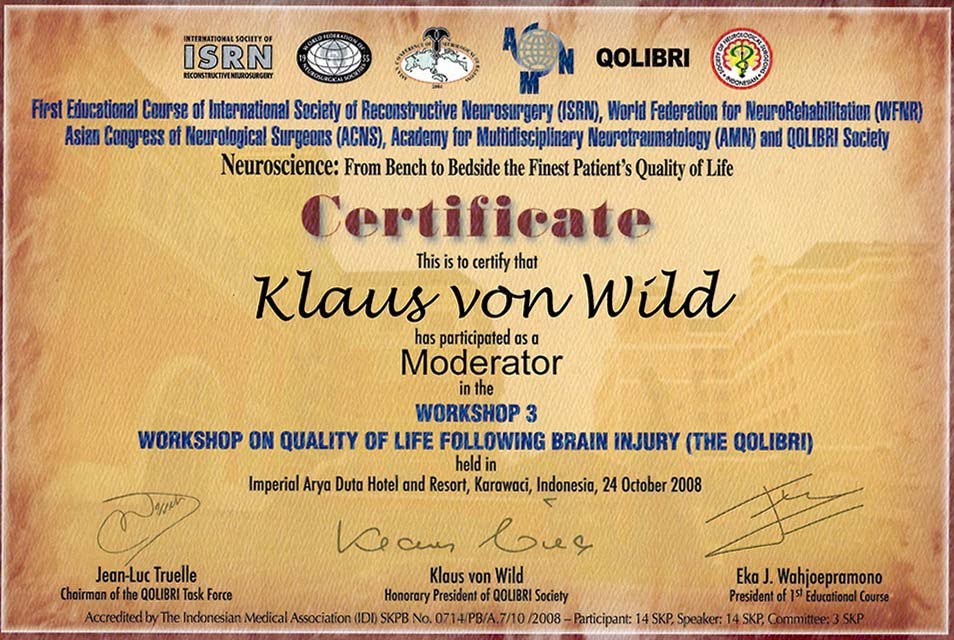 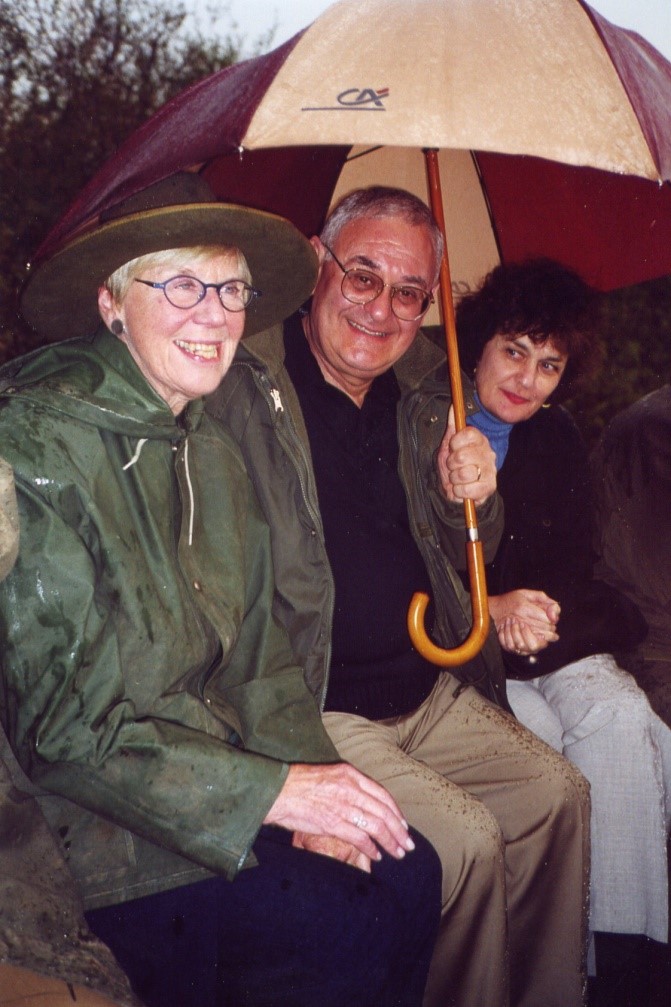 Sept. 2000 Prof. Anne Lise Christensen and late Yehuda Ben-Yishay, Neuropsychologist and Professor of Rehab.Med.,New York, US, with his wife Myma, Jean-Luc’s guests of honour, experience and enjoy their first the Red Deer rut on our special pre- carriage tour in the forest of Fontainebleau. 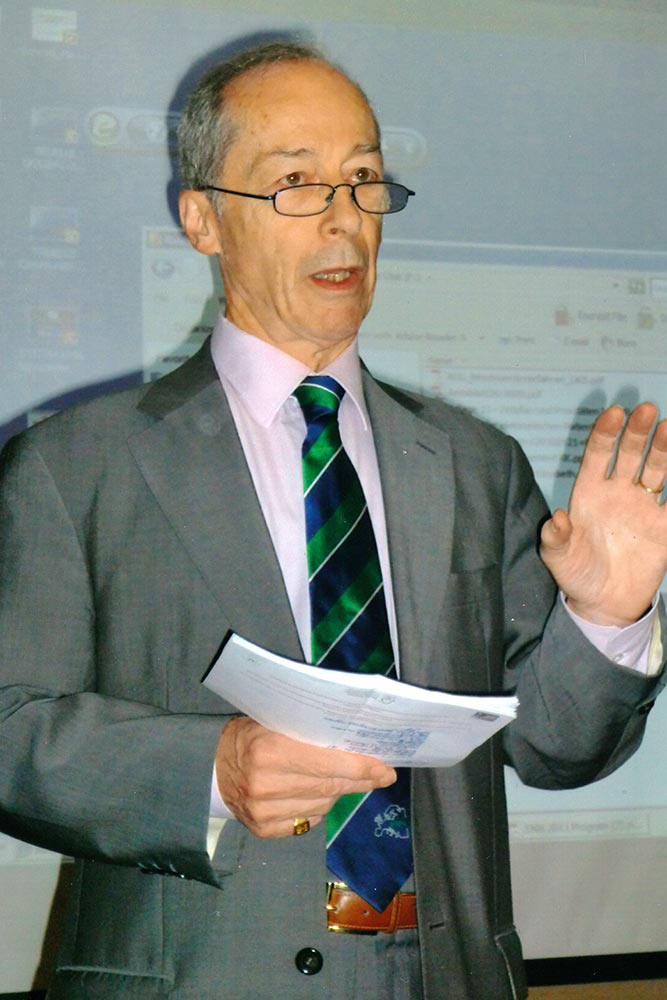